Hamina is a town with a very colorful history. It has been shaped, for example, by the building of the Hamina Fortress, three great town fires, the noble families that have resided in the area, and by the garrison right in the center of town.

The lively museums and sights will lead you through the history, be it through exploring Hamina history dating from the Middle Ages or via leisurely walking about town, admiring the beautiful buildings and learning about the history through the eyes of various historical figures. 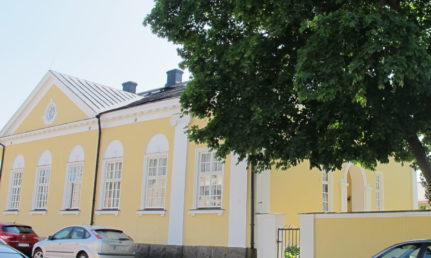 Originally built as the residence of the artillery commander of the garrison in 1798. The Neoclassical facade dates from the repairs carried out at the turn of the 19th and 20th centuries. Privately owned. 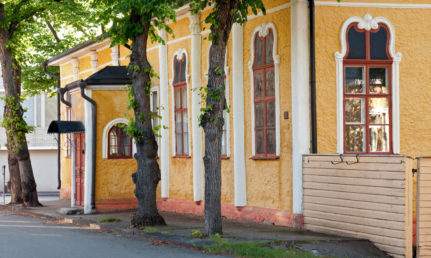 The external appearance of the plastered wooden house representing the Neorococo style is rare in Finnish urban architecture. The house was completed in 1849 and has served for example as a pharmacy. Privately owned. 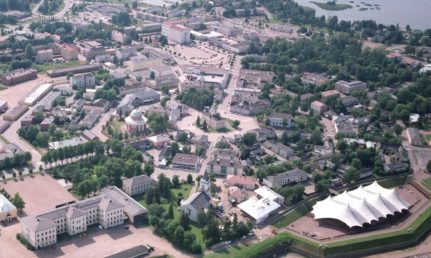 The sights along the circular streets of the old town centre are all close to one another. Hamina and its history can be viewed more broadly from the ramparts of the fortress surrounding the centre.

Pick brochure Walking in Old Hamina from Hamina Tourist Information in Flag Tower to help you find the places of interest. 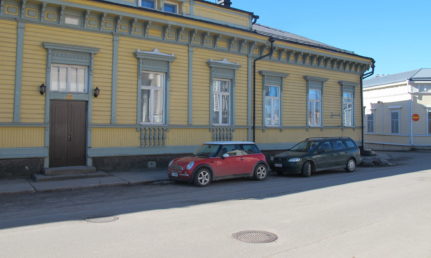 The Neorenaissance main building from the 1890s has housed for example a pharmacy with pharmacists such as A. Nymalm and later A. T. Federley. The building designed by Waldemar Aspelin has been renovated for residential use and is privately owned. 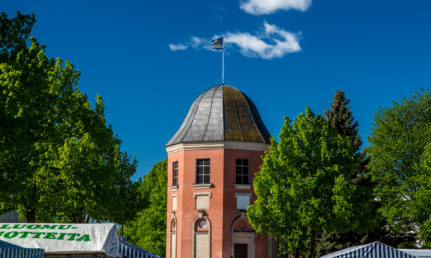 A flag tower of the fortress commander was built at the tip of the Helsinki Bastion in 1790. The bastion and the ramparts around it were demolished in 1889. The 100th anniversary of the Treaty of Hamina was held in the area in 1909. To mark the occasion, marble boards with texts in Russian depicting events of the war were placed on the outer walls of the tower. 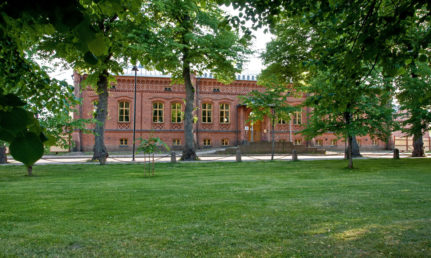 The building used to be the official residence of the commander of the former Imperial Cadet School of Finland. The house representing Russian red brick architecture (by E. B. Lohrmann) was built in 1863. Since 1918, the building has served as the officers’ club. Now also operates as a restaurant. 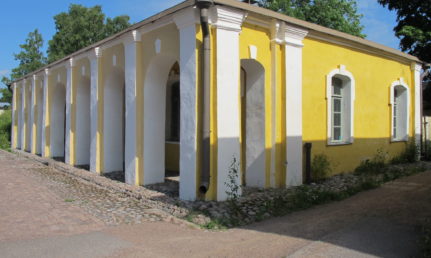 Guard buildings of the fortress

Access to the fortified Hamina was possible through three gates provided with booms and drawbridges. There was a guard building at each gate. The medieval highway between Turku and Vyborg, also known as the King’s Road, passed through Hamina from the Lappeenranta gate to the Vyborg gate.

Guard building of Lappeenranta gate 1774
– Mannerheimintie 7
– Served as the main guard from 1840 to 1974. The building is in the original appearance. Privately owned.

Guard building of Vyborg gate
1774
– Kadettikoulunkatu 6
– The exterior has been changed. Now used by the Reserve Office School. 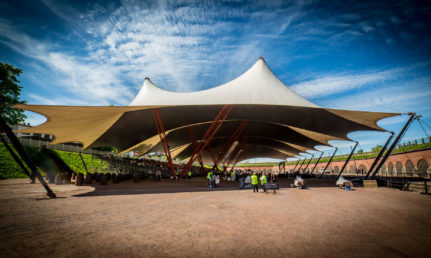 The Central Bastion built in 1803-1811 is the largest bastion in the fortress of Hamina. Its 58 casemates, i.e. masonry vaults, were originally designed as explosion-proof storage facilities.

Today, the Central Bastion is the event arena Hamina Bastion, which is covered by the largest canopy in Europe for the summer. The terraced stands can accommodate as many as 3,000 spectators. The vaults are equipped with modern technology, complete with restaurants and showrooms. 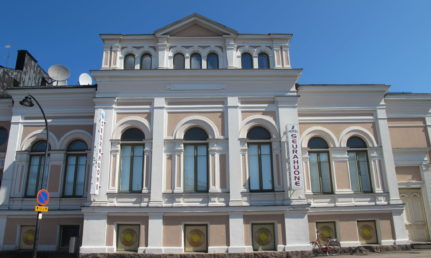 The building designed by the Architect Office Kiseleff & Heikel in 1890 is one of the oldest hotel-restaurants in Finland. The Marski cabinet upstairs contains wall paintings with Hamina motifs, painted by Tove Jansson, the creator of the Moomins, in 1952. Paintings are open to public 30.6.-2.8.2020 Mon-Fri 10-18 and Sat-Sun 10-16.

The basement houses restaurant Hostina Kompas, with walls and windows decorated by paintings by Eino Kauria. 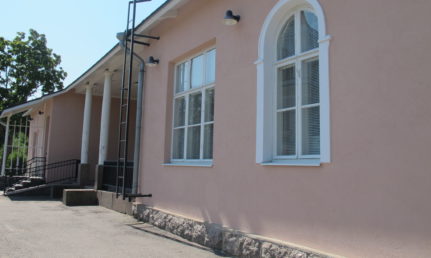 The painter Hugo Simberg (1873-1917) lived in the house with his family until he was six years old. The main building was originally built of bricks in 1829, and a section made of logs was added to the northern part in 1846. The current Neoclassical exterior dates back to the 1920s. The building currently houses an office of the Parish of Hamina for youth work. 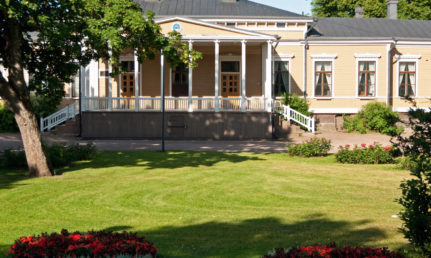 The Puistotalo building designed by Karl August Wrede in 1884 has served as a hotel and in the use of the Swedish Social Club. The building currently provides premises for the local music institute. The Summer Park was founded within the Lappeenranta Bastion in the 1850s. 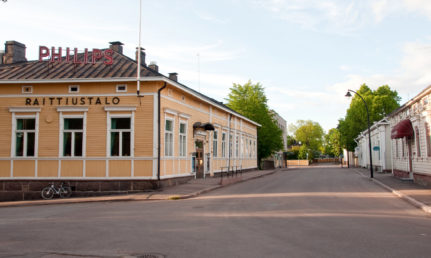 The building of the local temperance society, which started in Hamina in 1884, built in 1902. Currently houses the cinema Kino Hamina and Theatre of Hamina. 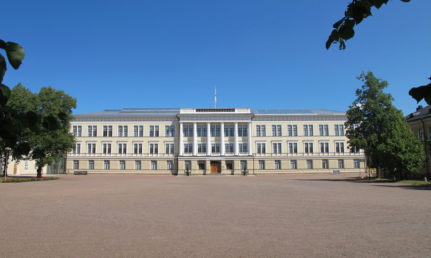 The manege from 1832 by Carl Ludvig Engel is a former riding manege, currently a ballroom.
The small brick building in the park of the Reserve Officer School is a well from the 1860s. 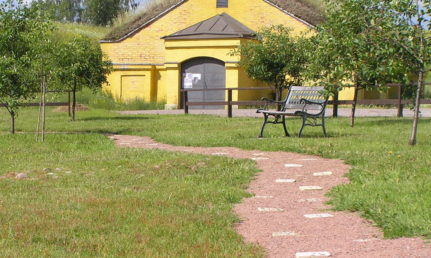 The gunpowder magazine from 1785 located in the Hämeenlinna Bastion has been renovated to serve as an art gallery and meeting facility. It was used as a communications centre during the Second World War. There is a Japanese-style park adorning the yard. 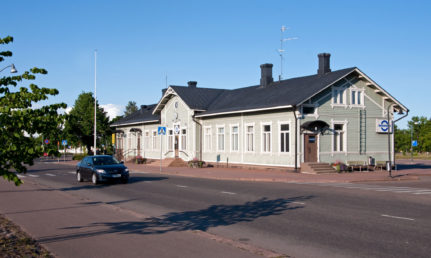 Originally the station building for the private Inkeroinen-Hamina railway from 1899. After being enlarged, the station was transferred to the possession of the Finnish State Railways in 1916. The rail traffic ended in 1968. Currently serves as the bus station. 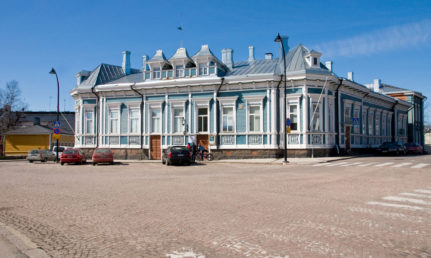 Originally the town residence of the Russian Aladin family, which has lived in Hamina since the 19th century. The Neorenaissance house designed by Waldemar Aspelin was built in 1889. The building now houses for example cafeteria Huovila. 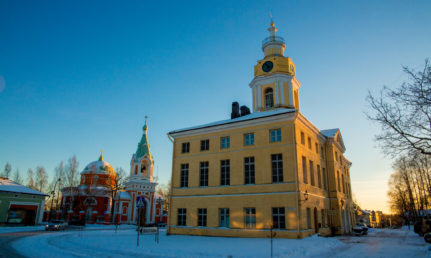 The Town Hall (1798) at the hub of the eight radial streets now houses municipal offices. It has also served the purposes of a bank, shops, jail, police department, and the main guard of the fortress in the early 19th century. The hand-wound clock in the tower chimes on the hour. 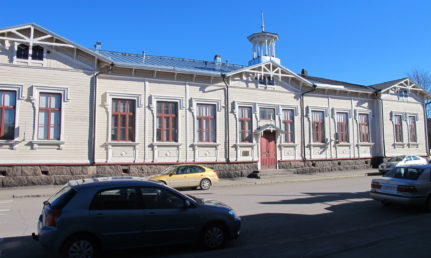 Designed by Waldemar Aspelin in 1888, originally a Swedish school for girls and women, later a co-educational school, and an elementary school since 1939. Currently housing a day care centre and a kindergarten.