Many statues and monuments commemorate the persons and events that have been significant in the history of Hamina. Do you know who Varvara Schantin was, and what is the story of the Millstone statue? 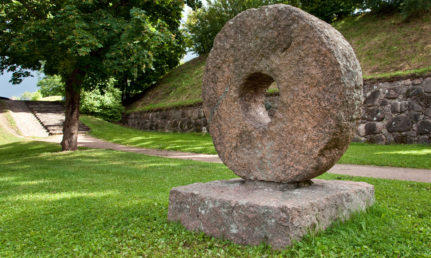 Old millstones found in the village of Hietakylä were used as the models for this stone designed by Eino Marttila. The stone was erected in 1974. The legend has it that King Gustav III of Sweden proposed to Empress Catherine II of Russia during the 1783 negotiations in Hamina. Catherine would not, however, say yes until one could, instead of a hand kiss, give a proper kiss through the hole in the millstone. 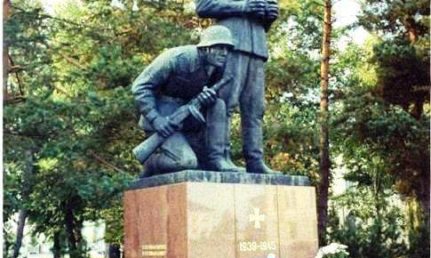 Inside the pedestal of the monument designed by Kalervo Kallio, there is a paper with more than four thousand names of the Finnish officers killed in the 1939-1944 wars.

Monument designed by Veli Klami to commemorate the soldiers killed in the 1939-1944 wars. 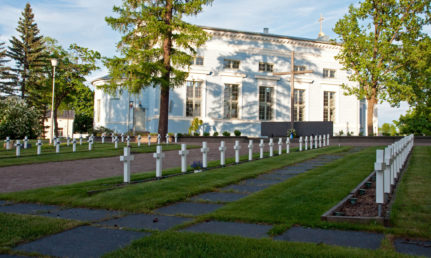 Monuments in the park of St John’s Church

Including the memorial stone to the 1809 Treaty of Hamina, monument to the 1918 Finnish Civil War, monuments to the soldiers killed in the 1939-1944 Winter War and Continuation War and to those left in Karelia, and the soldiers’ graves.

The original wooden Church of St Peter and St Paul demolished in 1830 was located in the current field of the Reserve Officer School. A chapel was built opposite the field in 1837 to commemorate that church. 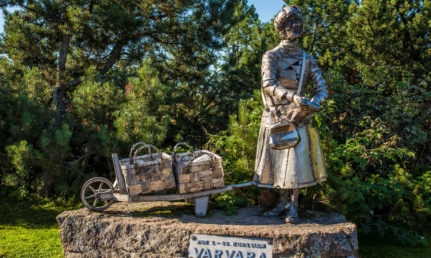 Varvara Schantin (1870-1941) was a street vendor of bakery products. She used to sell her products to officer candidates even when they were in the middle of their field exercises. To show their appreciation, the officers who had graduated from the courses 1-43 gave the town this statue by Veikko Haukkavaara in 1972. 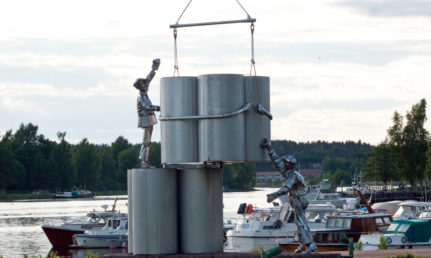 A statue donated by the stevedoring company Blomberg Oy to the Town of Hamina in 1975 when the company celebrated its 50th anniversary. The statue was designed by Veikko Haukkavaara. 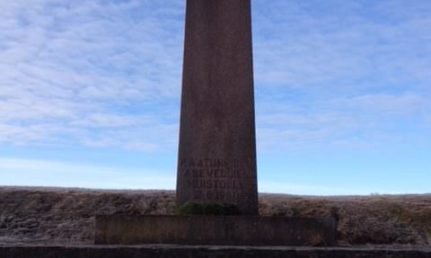 Granite monument designed by Sulo Mäkelä for the memory of the 8th division’s veterans. The monument was unveiled in 1960.
Pataljoonan kenttä, Hamina 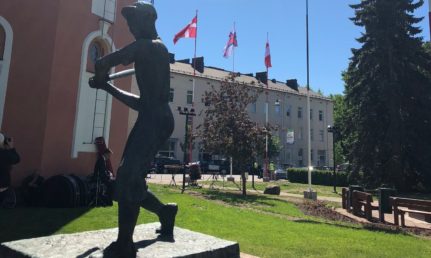 Donated to Hamina in 1968 by Onni and Otso Paavola to show their appreciation for everything the town has done for Finnish baseball and youth work. 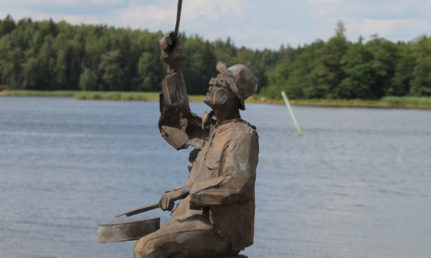 Statue of Hamina- born punk-rock musician Pelle Miljoona. The statue made by sculptor Heimo Suntio was released in 2014.